Home About Shopping How could Virgin Group achieve success?

One British businessman has decided not to create new products or services, but to offer an alternative to the existing ones. Banal copying of the best players in the market led to the creation of one of the largest business empires — the Virgin Group.

This whole concern with an annual turnover of over $20 billion belongs to the person who is under 16 years have not read a single book. With a fortune of $4.2 billion, he is now the British rich No. 4. The Virgin Group grew from a small, obscure magazine for students. Born in 1950 with dyslexia (the inability to perceive written text), Sir Richard Branson a lot of free time devoted to sport. On the basis of school Branson decided to publish a magazine for students, which would raise interesting issues for young people.

Then Branson changed the occupation. Group of friends working on a “Student” magazine, organized the delivery of records by mail. Thanks to such method the retail price of the albums were cheaper than in stores, because records with popular hits were sold instantly. Launching a new project, Branson began to think about his name. During the hippie party one of the girls asked him to name the business virgin: (from the English «wild, free”). Direction, which was selling albums by mail, began to carry the name Virgin Mail Order. Soon the company of Branson opened some traditional shops, which sold records, and this was only the beginning of a long journey.

In 1970 a young entrepreneur opened his own recording Studio. Almost from the first months of Studio work, Virgin Music began to cooperate with little-known artists, which soon were destined to be a star. The first breakthrough for Virgin Music became the album of Mike Oldfield. The Studio has brought more profit, and Richard refused to have a chain of record shops, leaving only a subsection of the Virgin Mega Store. This allowed focusing on the development of the most profitable businesses and launching new projects. In the mid 80-ies the Virgin Group opens direction Virgin Vision (film art), Virgin Developments (real estate), Virgin Games (video games). Almost all the resources of the Empire in the late 80-ies were suddenly directed at financing of the next subsection — Virgin Airlines. In the same decade, Branson creates Virgin Rail Group, which develops high-speed transport of passengers’ trains.

Richard Branson can be considered as creative genius and a gambler. He never played by the standard rules. He was always willing to lose everything for a single chance to get more. 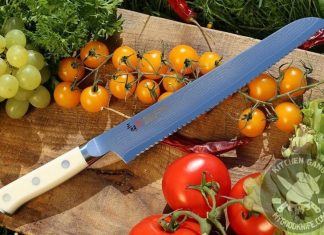 Every housewife knows that a knife in the kitchen plays a very important role.  With the help of a knife, we can peel vegetables...

Why is it so convenient to buy in the Internet?

Beautiful eyelashes are the basis for the best makeup

A wristwatch is a useful and stylish accessory

What types of exercise bikes exists?