The tradition of celebrating St. Valentines Day appeared a long time ago. Previously, lovers confessed their feelings through songs and dances. From the 15th century, men and women began to give each other notes in which they spoke of love. They are called “valentines.” One of these is still kept in a museum in England. The Duke of Orleans confessed his love to his wife in it while being in prison. Valentines gained particular popularity in the 18th century. Then postcards were presented instead of flowers and gifts. They were decorated with colored and precious stones, laces.

More than 7 centuries ago, March 14 was considered a day of romance. It became fashionable to give chocolate as a symbol of love in the 19th century.

Many people believe that on this holiday the main focus is on women: they receive gifts, a table in a restaurant is booked for them, and flowers are bought for them too. Louisiana company LoveWorks® wants to refute the fact that attention should go only to the females. March 14th is that very day when you should remember about your beloved man and give him as much love and affection as fits in your heart.

It can be not only your boyfriend, you can congratulate your best friend, colleague, relative or just a good person. On Guy’s Valentine’s Day, no man should remain deprived, because it is so important to know that you are loved and appreciated, that someone is ready to spend her energy on a wonderful pastime or a good gift.

A man can be congratulated not only by a woman, but also by a good friend, colleague. This is a great occasion to invite someone to watch a football match or to sit in a bar with a glass of beer. Do not forget about this amazing day: we create a holiday by ourselves; however, it is even much better when we create it for someone. 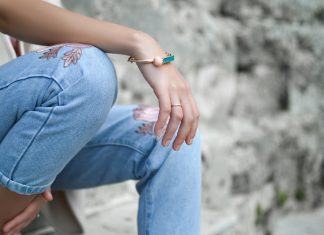