The first store of waste food was opened in the town of Pudsey, near Leeds, in the United Kingdom. The shop has already helped many people. “The Real Junk Food Project” Company initiated the opening of the store where one can buy products, thrown out of shopping centers or other businesses. Buyers can pay for goods as they wish, following the principle of “pay as you feel”.

One of the store visitors said that this warehouse has become vital for her in recent months, as she has many members of the family, who need more nutrition. According to Adam Smith, the author of “The Real Junk Food Project»; such food waste shop is planned to cooperate in each city of the United Kingdom.

In addition, the activists also have organized a program “Fuel for School”. Within the framework of the project, the excess products will be delivered to schools. Surplus grain, fruit, vegetables and dairy foods will be sent there. The founders of the program say that the products that the British have thrown in a landfill would be enough for feeding twelve thousand children per seven days.

At the same year the identical store was opened in Copenhagen, Denmark. A few months after opening, the creators of the shop announced the expansion plans — they wanted to organize the opening of another store in Copenhagen and one more in Aarhus, the second largest megapolitan in Denmark. The first shop of waste in Copenhagen after two months since the time of opening brought the creators 200 thousand Danish crowns ($29 thousand) of profit. In the first three months more than 25 tons of products were sold.

The business “Real Junk Food Project” was founded in 2013, by professional chef Adam Smith. He opened a few fast foods cafes, which also offer meal from food waste. Then the cafe chain stores appeared throughout the UK and Europe. 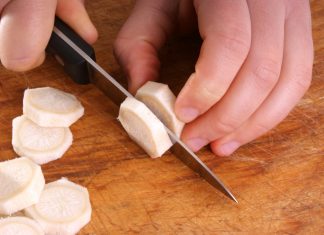